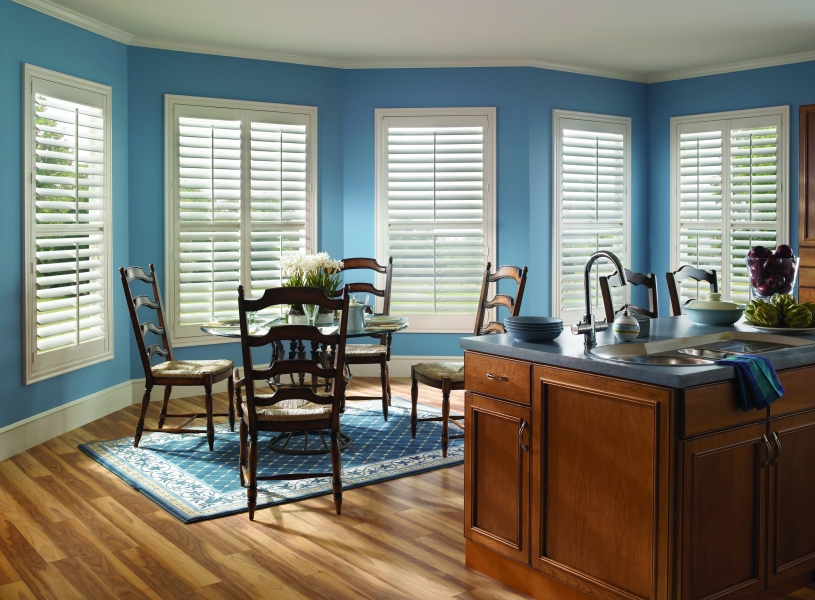 There are many home projects that are easy to do yourself with minimal expertise. Installing shutters may not be one of these projects though.

Putting in new shutters can be tricky from the start, beginning with various measurements of lengths and angles on your windows. These measurements need to be very precise to ensure a smooth and snug fit of the shutters or else you may have an inoperable window. Depending on the shutter material, lifting big shutters and properly leveling them can be a tough job. Improper leveling can look sloppy and create unsightly diagonal crevices.

Without a professional you could end up with crooked shutters or frequent drafts from ill-fitting weather-stripping.

Some interior designers tend to shy away from shutters claiming that they make a home look “too dark”. This myth likely comes from an unfamiliarity with shutters and the way they allow light into the room. Sunlight always comes through your windows at an angle and shutters allow you to modify their position to that angle by tilting the louvers. This gives you more control over the amount of light that comes in. Furthermore, shutters also swing completely open on hinges allowing for complete sun exposure.

While it is true that shutters aren’t as cheap as your run of the mill blinds, shutters are not as expensive as you think. Shutters are a permanent addition to your home with various benefits including lower heating/AC bills, higher home value and a longer lasting window treatment.

While shutters have been frequently used in older home styles for decades, their crisp clean lines allow for seamless integration into almost any type of home. Shutters are even available in a variety of neutral or brighter tones to allow them to fit in with any modern style decor.

Shutters are not only for old homes as they are the best in versatility for window treatments.

We’ve hopefully dispelled any misconceptions about shutters that you have! If you’re still a bit mystified about shutters, call Shutters Etc and book your own free in-home consultation where we’ll bring the shutters to you so you can see what you like!